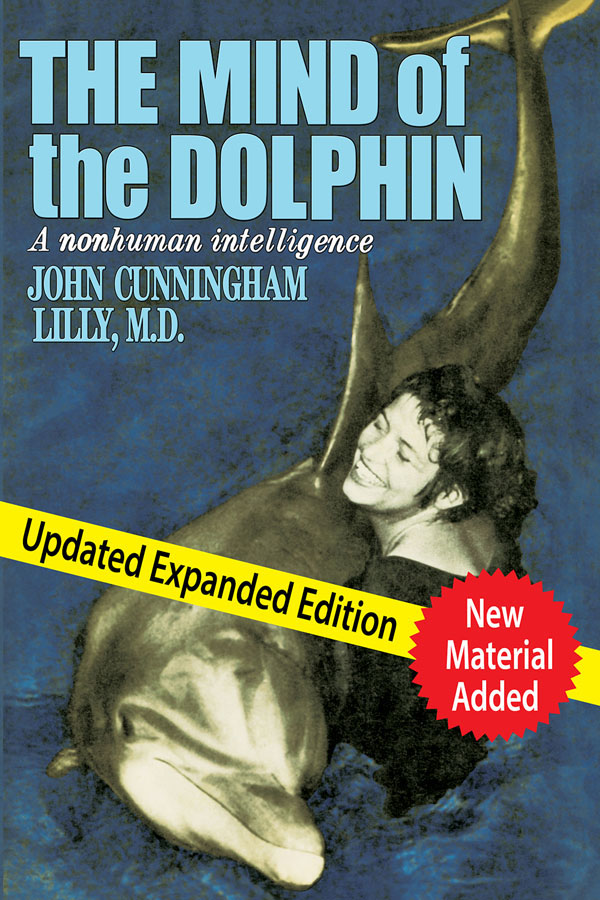 The Mind of the Dolphin

In this Consciousness Classic dating from 1967, Dr. Lilly details the discoveries of his research regarding the dolphin's abilities, current ideas (at that time) about his intellect, and the paradoxes of inter-species communication. The book includes the detailed account of the two-and-one-half month experiment carried out by Dr. Lilly of having a dolphin and human live together in a specially designed house. The Gaterways expanded edition on the centennial of Lilly's birth includes black and white photo plates, additional articles and writings from Lilly on Dolphins (1975), and relevant scientific papers of Dr. Lilly. This is the book that launched a sub-culture seeking human / dolphin interaction; and it is the book on which the BBC documentary, "The Woman Who Lived With Dolphins," coming to U.S. cable television in 2015, is based. In addition to two Prefaces by current cetacean experts, Dr. C. Scott Taylor and Dr. Michael Hyson, there is a 2015 Foreword by the woman who lived with a dolphin for 2 ½ months during Lilly's original research, Margaret (Howe) Lovatt.

"This is the essence of Dr. Lilly's quest among dolphins: to escape the bounds of the human viewpoint, to gain insight into our human-ness from the perspective of another consciousness, and perhaps by doing so, to understand a bit more about Reality."

"I am impressed how fresh and exciting the concepts and writing in the book are, even now, some 50 years after the experiment."