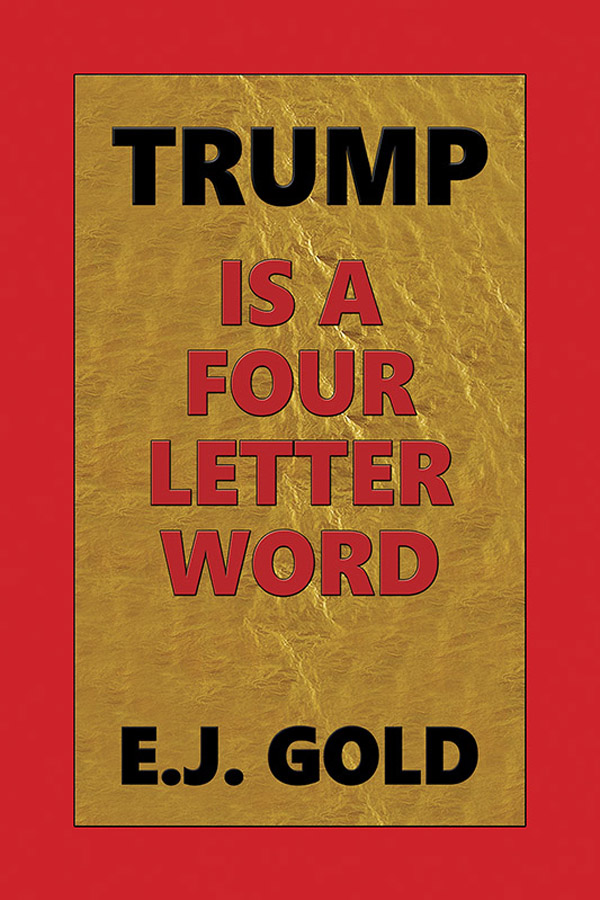 Trump Is A Four Letter Word

Trump Is A Four Letter Word

As you probably already know from the CNN, FOX and CNBC news media, I'm a visitor on

"Guest" status with the U.S. Government, from the 37th century.

Oh, not your 37th century. You live in a SIM -- a World-Simulation -- and SIMS don't have time, not in the sense you're thinking of it.

Here in the 37th century, I'm enrolled as a sophomore in high school -- More Science High -- and I have a small grade problem. I'm presently carrying a D-Minus, slightly lower than a plain D-Minus.

My classroom participation rated me an A+ and I have my hand in the air all the time at a pop quiz, don't you?

I get A and A+ test scores all the time, but that's dragged down slightly by an "F" in homework -- I've yet to crack a textbook or do a homework assignment, because when I get home, I have a responsibility to my online clan to defend the base until dinner time.

Okay, so how does this affect YOU?

Well, technically, I AM you, and this is just another letter to yourself reminding yourself to wake up and live.

Waking up is hard to do.

If you can Remember Yourself, you can at least get a grip on it. In order to Self-Study or gain

Self-Knowledge, you need to have some idea of what and where the "Self" actually is, because dollars to donuts, it isn't "in your body".

Okay, let's go through the steps, until you remember THE KEY, and regain your presence here in the 37th century.

When you get THE KEY, you will immediately transfer your identity back to the PRESENT

So let's review the situation:

You're sitting at what looks to you like a computer somewhere in the 21st century of Earth History, but you KNOW that actually your forehead is stuck to the SIM MACHINE here in the 37th century, and that the 21st century is constructed from a compound collection of historical data gleaned from the wreckage of the human race.

Fact is, we don't really know much about the 21st century. We're just beginning to learn a little, and we're probably not going to like it, from what I've seen.

"The activist force known as THE RESISTANCE got a major lift from the colorful, cutting, and insightful commentaries by E.J. Gold, that have been collected in this broad and highly entertaining work of meta-fact and meta-fiction. Coming to you from far outside any political box, Gold incorporates science fiction, magic realism, film references, humor and other linguistic devices to combat the ignorance, selfishness, and sleep of the Trump mindset. Coincidentally, his writing also combats the sleep of the reader. Informative, fun and educational, Trump Is A Four Letter Word, often reads like stereo instructions for navigating these difficult times."

"No need to either suffer nor resist Trump Amerika. Sing protest songs, create comedy routines and magical weapons to transcend him, all the absurd, and wake up from the dream remembering your self. Relieving, uplifting and hilarious."

"When Trump was elected President of the United States, even in Canada, we felt a disturbance in the Force and I suspect that unsettling feeling is being felt world-wide. This book presents spiritual tools for handling the aftermath of this event in the clear no-nonsense style that is E.J. Gold's hallmark. These tools include: a virtual White House in the Second Life virtual ashram, dissertations on reincarnation, satirical songs of protest and spiritual video games. Reading this book and using one or more of these tools may help you regain at least some of your former sense of equilibrium."

"E.J. Gold, a seer, and genius at writing about the present state of the U.S. today, in a most unique way, is opening our vision to what should be Obvious .... a government of deception, lies and scare tactics. Donald Trump is pushing society into deeper sleep while Gold is trying to wake people up to the myriad realities of what the future holds for Mankind, if it continues on the path it is on now. Trump, who is diverting the Public Attention by Holding 'The Hammer of Power,' and is ready to drop it on the innocent through Annihilation. WAKE UP PEOPLE, is the message Gold is writing about!"